Can Your Cat Cause A Miscarriage?

What is the reason for so many miscarriages throughout our society — one with such a highly advanced medical and healthcare system?

Why do so many child-bearing women have trouble with pregnancy in general, even those that don’t end with a miscarriage, stillbirth, infant death, premature birth or serious health defects?

What’s really going on here? It’s become epidemic according to our stats, some of which come by way of anecdotal evidence as well as medical journal studies.

When you add in the number of babies born with Down’s Syndrome and all the other birth defects, you quickly see that the highly industrialized societies have developed some very serious problems in the child-bearing department.

Surely there are many co-factors which have contributed to this deteriorating health and medical crisis and we wish to point out one of them. From our seat the following predicament may be the most influential co-factor in determining the outcome of a truly successful pregnancy, birth process and healthy baby.

“Toxoplasmosis was a medical mystery until just recently. According to Dr. Dean Jacobs, former Director of Collaborative Research at the National Institute of Health at least 500 million people throughout the world are infected with toxoplasmosis. The parasite that causes this disease is so small that 1000 of them can exist on a speck of dirt as small as half a dime.“[1]

According to Dr. B.H. Dean, former Chemical Professor of Tropical Medicine at Cornell University, “cats who have toxoplasmosis spread it through their waste and anyone handling their waste. Dr. Kean and other experts estimated that 78 million people in the USA are infected with toxoplasmosis”[2] and this was back in the early 1980’s.

According to Dr. Leo Yercalis “toxoplasmosis is critically dangerous to newborn babies. A child whose mother has the infection during the pregnancy has only one chance in two of escaping the disease which may cause them mental illness, deformities and brain damage.”[3]

So, what do we know so far? Toxoplasmosis (toxo) is a parasite-borne disease that is extremely widespread and has very serious health repercussions for the developing fetus as it does for the newborn child. How many child-rearing women ever hear about this? More importantly, how many pregnant women keep a cat in the home throughout the entire term of pregnancy?!

Our observation over many years is that there is a striking correlation between miscarriages and cats/kittens in the living space. As a matter of fact, the anecdotal evidence is overwhelming. There are simply too many miscarriages, stillbirths, and infant deaths being reported by families who let their cats roam throughout the home environment. Likewise, the extraordinary increase in the incidence of birth defects has become as alarming as it is ‘still unexplained’ by the experts.

Here is a compelling excerpt from Hanna Kroeger’s “God Helps Those Who Help Themselves“:

“The ultimate source of the [toxoplasmosis] parasite is also common: the cat. Half of the cats in this country sooner or later become infected with the parasite.
Although adults with toxoplasmosis rarely become seriously ill, an infection acquired during pregnancy can produce a highly destructive illness in the unborn child.
The result can be miscarriage, stillbirth, or death of the baby shortly after birth. Or the baby can suffer birth defects ranging from mental retardation to widespread tissue destruction. Even when a baby who is infected prenatally appears healthy at birth, delayed effects from the destructive parasite can occur many years later.”[4]

Do you get the picture, moms-to-be?! If you have a cat or kitten in the home during pregnancy, there may very well be complications – for you and your child. The child may suffer immediately upon birth or well into adulthood, if he makes it into the world at all. 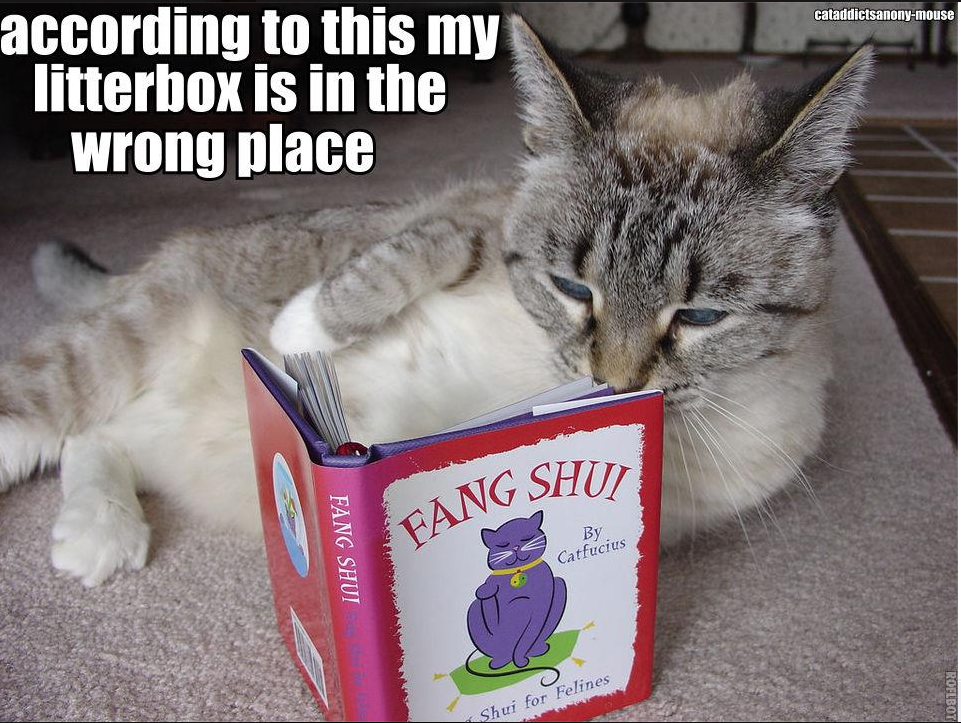 Dr. Trankel has also stated, “There are people who have contracted toxoplasmosis and were unscathed, but the infection lies dormant in them. An attack of the dormant parasites may be triggered when sick people are given immune suppressive drugs, to fight foreign invaders, so that the parasites begin multiplying.”[5]

We have radically departed from our usual coaching style here because of how important it is for ALL of us to hear what the scientific experts have said about this largely unknown epidemic of pregnancy ill health due to cats in the home.

All too often we have heard from everyone who has a vested interest in a successful birth and healthy baby that they have no intention of changing their kitty stewardship policy during the term of pregnancy. And, so often we have received the reports back of one health complaint or medical issue after another. Serious issues, mind you, like those stated in this blog.

So, the question remains as always, what are you going to do about it. And we haven’t even explored the matter of cat dander and cat hair which is found all over the home space wherever cats domicile. Especially in this age when Environmental Illness Syndrome, MCS (Multiple Chemical Sensitivity) and Allergies Galore (that’s not a medical label, btw) have exploded on the scene, do we all want to be extra special careful about the unnecessary exposures to an unborn or newly born child.

Whether you want to appropriately respond to this information or not, perhaps you would consider passing it along to every pregnant woman “on the block”. You just might save a life … or help someone avoid a life of much preventable pain and suffering.

With every good wish,
The Health Coach

Afterthought:
Yes, the obvious question always arises for those who have cats, kittens and those lovable kitty-cats, what to do when they have truly become members of the family.
We, ourselves, know this well and have been there. However, this is a very personal matter which ought to be discussed by ALL the concerned parties. Most importantly the fetus demands proper representation during the ensuing family discussions, doesn’t she or he?!
Our sincere hope is that each and every unborn receives a vigorous and compelling advocacy since it is the child who always suffers the most either by way of a miscarriage, infant death, premature birth, potentially severe birth defects, etc.
Perhaps the child’s appointed Protection and Defense Team can read aloud this entire blog during the first formal hearing at the kitchen table or in the family room, yes?

Permission is granted to post this health blog as long as it is linked back to the following url: http://thehealthcoach1.com/?p=123